How Should I Prepare My Small Business for the End of Life of Windows 7? 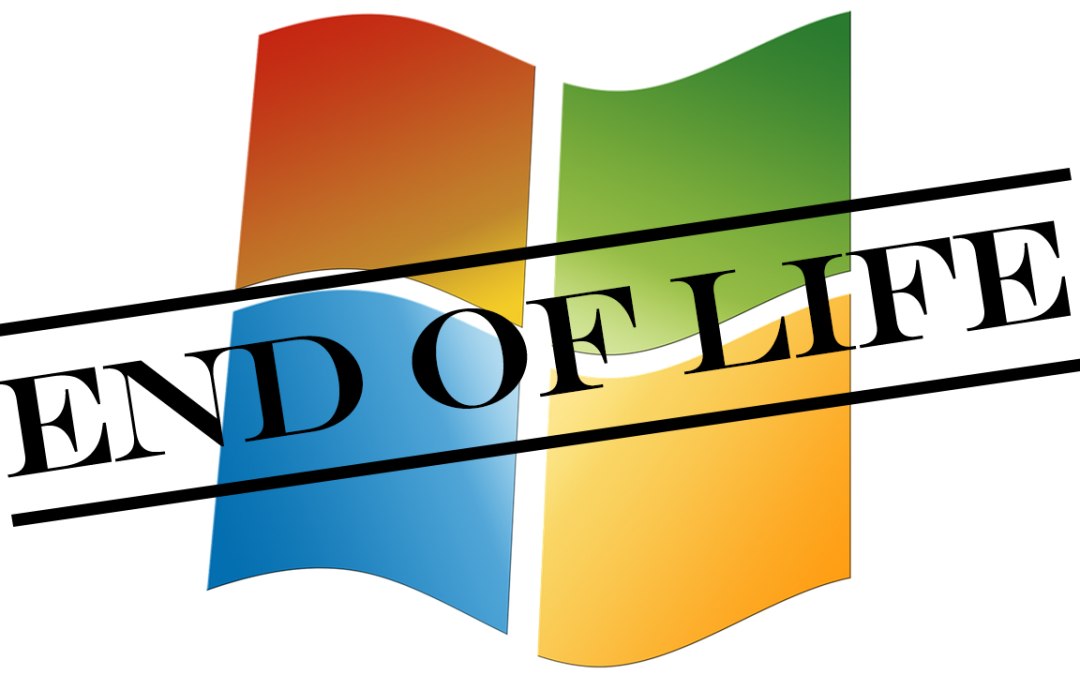 Certain Windows operating systems (OS) are more popular than others. One that has been particularly well adopted over the past decade is Windows 7. The stability out of the box and easy start menu were just two features that kept it at #1 in the world for years. But no matter how well-loved an operating system is, there comes a time when you have to move on and upgrade to a newer version.

That time is approaching fast for Windows 7. The OS will lose extended support after January 14, 2020. This means that if your business were still running the OS after that date, you’d be at a huge risk of a data breach due to system vulnerabilities no longer being patched.

At Managed IT Asia, we specialize in working with small businesses and helping them efficiently manage their technology infrastructure, whether that’s 10 workstations or 100. We’ve been busy so far this year assisting our Managed IT Service clients with migrations from Windows 7 to Windows 10 to ensure their systems are fully secure by mid-January of next year and won’t suffer any security issues when Windows 7 is retired for good.

If your business is running Windows 7 on any of your computers or laptops, you’ll want to read on to see what steps you should take to prepare before next year.

What Does End of Life Mean for an Operating System?

Two common questions we’re asked is what end of life for an operating system actually means and what happens if you keep using that OS after its end of life date. To fully grasp the risk of continuing to use a retired operating system, you need to understand the Windows lifecycle that each product goes through. The lifecycle for Windows 7 looks like this:

Mainstream support includes the types of support items you’re typically used to receiving, such as: regular feature updates, security updates, ability to request features, and both paid and self-help support. Once a product moves from mainstream to extended support (where Windows 7 has been since the beginning of 2015), you still have those important security updates, some non-security updates, and both paid and self-help support. So, not a lot changes for most users. But, when extended support ends, known as the product’s end of life date, those vital security updates stop as well as just about everything else. Companies are left with no support unless they purchase Microsoft’s new Extended Security Update (ESU) program, and even then lifespan is limited.

Get Prepared Now for Windows 7 EOL

If your business is still running Windows 7 past January 14, 2020, you would be putting your company at high risk of a data breach or hack and could be out of compliance with data privacy regulations, which require using secure technology. So, how do you prepare now to make the switch from Windows 7? Here is a step-by-step strategy.

Create an inventory of all devices at your company that are running the Windows 7 operating system.

There may be some older computers that don’t meet the minimum hardware requirements for an upgrade to Windows 10. You’ll want to identify those PCs that can’t be upgraded so you can get them replaced.

Step 3: Decide Which PCs Are Worth Upgrading

You may have some computers that do meet the hardware requirements for an upgrade, but that are older and will need replacing soon anyhow. Decide which ones you’d rather replace than upgrade.

You should have two lists now, one with the computers you’ll be upgrading to Windows 10 and the other of computers that you’ll be replacing instead. Most new PCs will already have Windows 10 installed, so you may only need copies of it for the ones being upgraded. Set up a timeline of when to upgrade and purchase new computers and the needed budget. The sooner you start, the more months you’ll have to spread out the expense.

Step 5: Get Help with the Migration

You won’t want to lose any data when you’re upgrading or migrating data over to a new system, so it’s best to get professional help to ensure the transition goes smoothly. Managed IT Asia can help with secure data backup before you upgrade and can ensure your data is just where you need it on a new or newly upgraded system.

You’ll want to ensure your employees get up to speed on the new version of Windows and also learn some shortcuts that can help productivity. Scheduling a Windows 10 training can ensure there’s no productivity dip while they’re learning their way around the new OS.

Let Managed IT Asia take some of the workloads off by helping identify which computers can be upgraded, assisting with sourcing of software and equipment, and ensuring a smooth migration. Let’s get your Windows upgrade plan started today. Call us at +65 6748 8776 or reach out online.