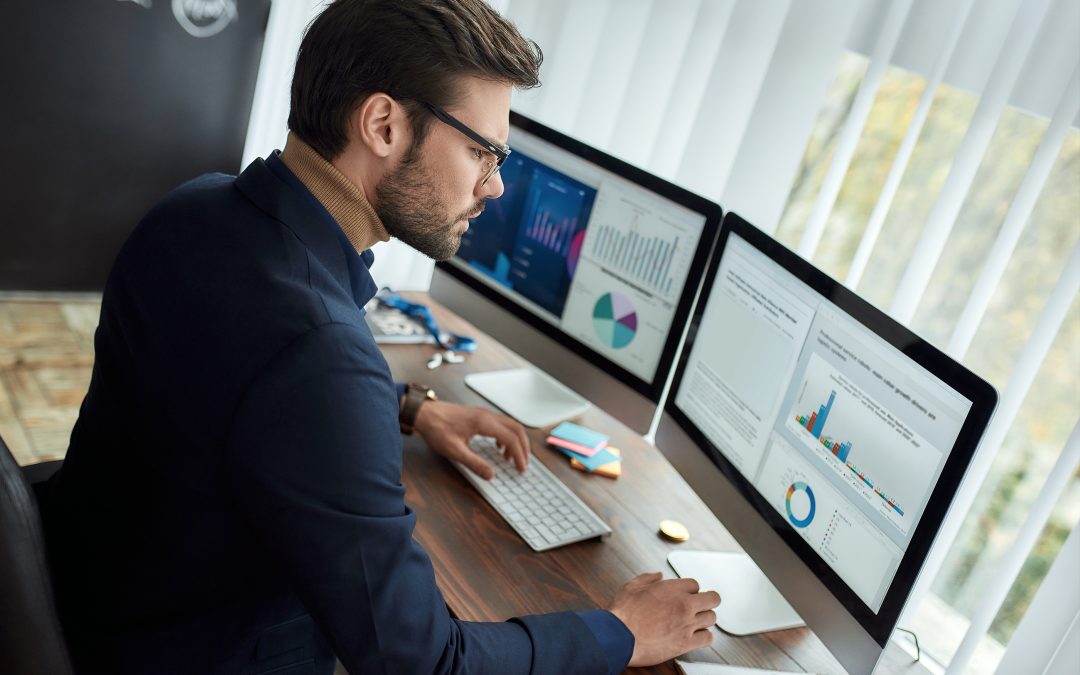 Did you know that one simple change in workflow could mean over 40% higher employee productivity?

Several studies show that adding a second monitor makes a big difference when it comes to multiple tasks, such as finding information, referencing two+ documents at a time, and more.

One of the ways that Managed IT Asia helps small businesses with their technology solutions is to identify areas of their workflow that can be optimized. We look for low-price improvements that bring significant cost-saving benefits, and this simple hardware addition is one of the best.

According to a study by Jon Peddie Research, users found they had a productivity boost of 42% when they switched from using a single monitor to dual-monitors. A whitepaper by Dell citing several university studies found a similar benefit. Users reported a 44% increase in productivity when doing text-based tasks and a 29% increase when doing spreadsheet-based tasks. The big productivity improvement is because your screen space impacts everything you do on your PC. More screen area means you’re not fighting to resize windows so you can see them properly and you can have more apps open at one time. Dell’s white paper had a quote from a user that was using a single 17” monitor, which cited some of the issues when employees don’t have enough screen area to work with: “The screen was so small that menu bars within documents were consolidated, making editing and formatting more difficult. There was also not enough room to  view the sample finished document while working with the other windows.” One of the quotes from a user about adding a second monitor was, “I felt that I had enough space to have all the windows I needed open.”

When you’re comparing different technology upgrade options, adding a second monitor to employee computers is one of the most affordable. New monitors cost on average just S$200-S$350, which is a much lower investment than buying a new PC or signing everyone up for new productivity software. There’s also no difficult installation or learning curve involved. A second monitor can easily be plugged into a computer or laptop, then it’s just a few minutes to adjust the OS settings to read the new monitor. For the user, they now have a second screen that extends their desktop space, and they can drag apps and documents from one to the other.

Reduce the Time It Takes to Find Information

Locating information is one of those tasks that eat up time throughout the day. It’s estimated that workers spend about 1.8 hours every day (or more than a full day per week) just searching and gathering information. In the Dell report, it was found that on average, information gathering took, 2 minutes less per task with a two-monitor setup as compared to using just one monitor. When you think of all the tasks done daily where someone is looking for a file or searching information online, that can add up to hours per week in time savings.

Small businesses can have a difficult time getting ahead technologically because they don’t have as much money as larger companies to invest in upgrades. They also can’t wait on a long-term payback period. The low cost of adding another monitor plus the significant boost in productivity gives this upgrade a fast payback. Even if you saw a half of the 40% boost in productivity, payback would be in less than a month. For example, if you estimate just a 20% increase in productivity and factor in an average wage of S$19/hour for an office assistant, that’s a productivity savings of $608 per month, about double the cost of a quality monitor.

Another activity that eats up time throughout the day is the need to switch between app windows because you can’t have as many as you like open on a single screen. This not only takes time, but it also causes an attention interruption, as someone has to minimize one window and open another one.  With two monitors, users can have multiple windows open at the same time, allowing them to quickly glance between them, for a much smoother workflow with fewer mental interruptions.

Get Help Optimizing Your Office Productivity

Managed IT Asia can help your Singapore business with low-cost, fast-payback solutions that improve your efficiency and profitability. Contact us today to schedule your free consultation. Call +65 6748 8776 or reach us online.